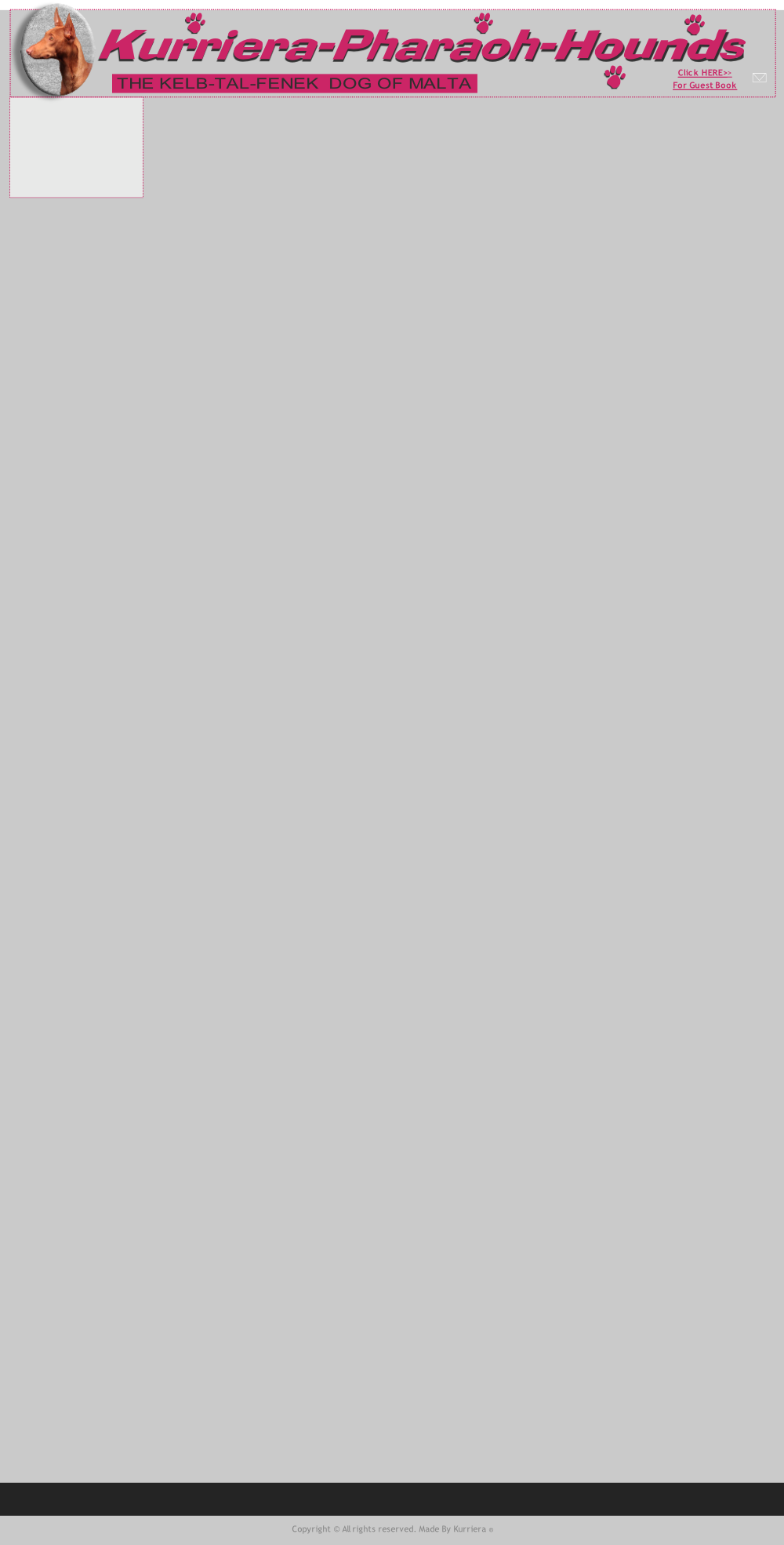 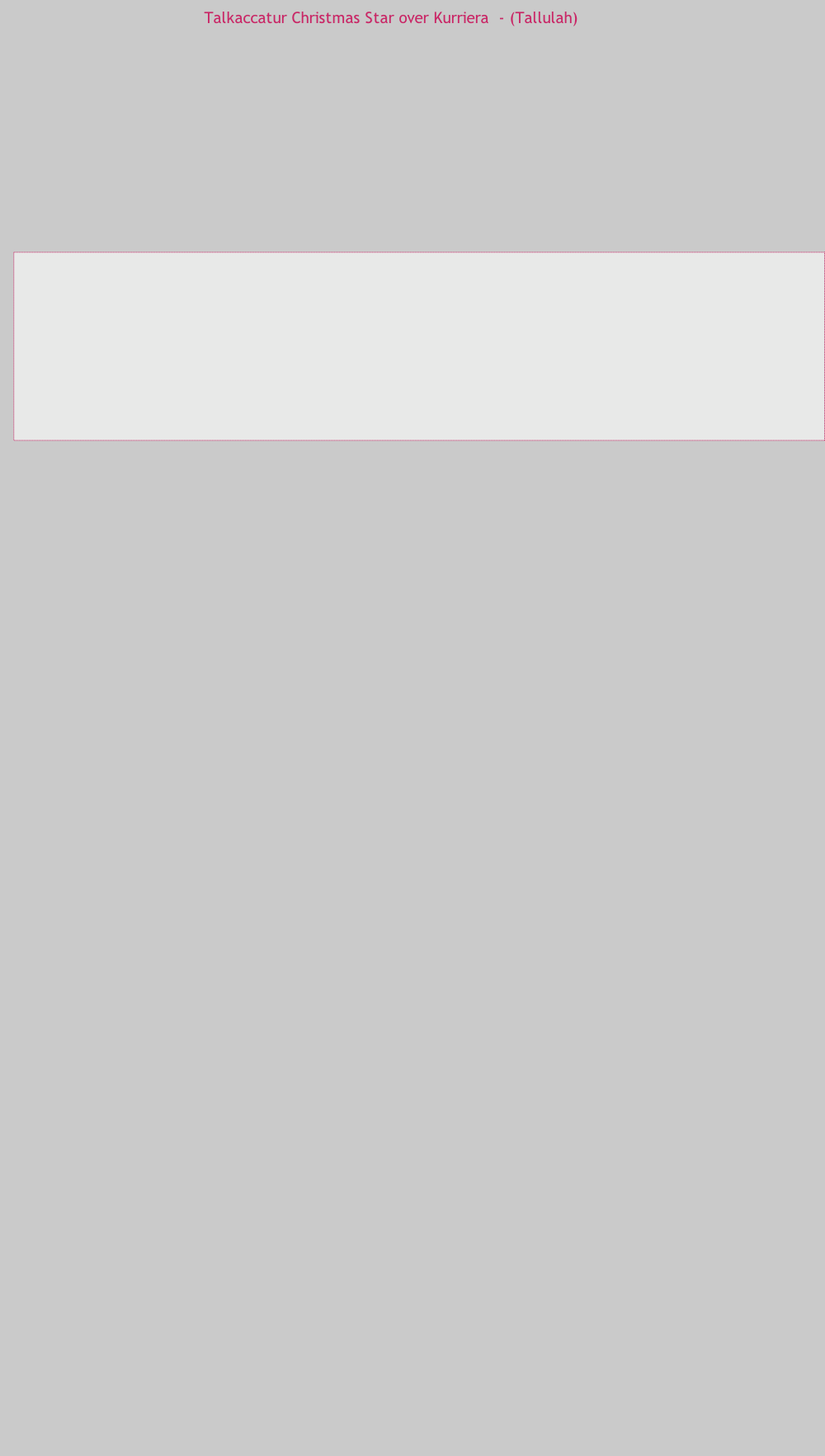 Talkaccatur Christmas Star over Kurriera was born on the 27th December 2007.

She was the result of an “accidental” mating of Tya & Milo at the Talkaccatur Kennels, there were 3 girls and 3 boys in the litter.

Jeanne Druce of the Merymut Kennels advised us that they were available and we rushed down to Plymouth to see the Puppies.

When we saw them we were struck by this glorious “Golden Girl” which Johnny Davies, the breeder, had nicknamed “Goldie”. That was it, we were sure, she was the one, such a happy puppy so full of life and fun. We called her Tallulah after the famous film & stage star Tallulah Bankhead. She has since lived up to her name in full, she loves to be “on the Stage” and show off, she is a total Minx but adorable with it. - Please see Tallulah’s Picture Gallery Pages for her career so far. 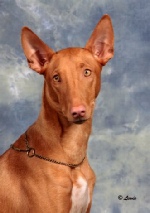 She was the nosey bright sparkly girl from a litter of 4 at the Lyncris kennels, there were 2 girls and 2 boys in the litter. The Dam was the lovely Ch. Lyncris  I’ll Follow The Sun (Eco) and the Sire was Ezhar the Colonel’s Legacy (Paroo).

When we saw the puppies we just fell for this beautiful girl she had the makings of a happy dog. More than anything we wanted a Happy Puppy, Happy Puppies make happy social adult dogs. So at the end of May we collected our now not so little bundle from Glyn & Christine. She has been a joy from day one. A very typical Pharaoh... She minx’s, oh yes... She can Minx!!... And Tallulah has reverted to being a big kid just to join in!!! And I thought we only bought one puppy home?

Mitzi has grown into an ellegant girl who strides round the ring and looks like she is floating. She has won 3 BEST IN SHOWS, her Show Certificate of Merit and at the end of 2014 she gained her 1st CC at Welsh Kennel Club….  Then in 2017 at the Scottish Kennel Club Championshp Show she won the first “BEST VETERAN IN SHOW” as recognised by the Kennel Club as an official title, this was a first for a Pharaoh Hound..  She has now excelled herself by gaining her second CC at the Houndshow in 2018 . We are sure there is more to come for this elegant girl…. 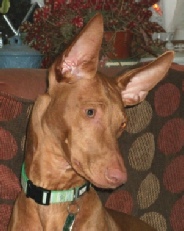 Ch. Lyncris Good Day Sunshine For Kurriera was born on the 21st March 2010

She was the quiet nosey cuddly girl from the litter of 4 at the Lyncris kennels, there were 2 girls and 2 boys in the litter. The Dam was the lovely Ch. Lyncris  I’ll Follow The Sun (Eco) and the Sire was Ezhar the Colonel’s Legacy (Paroo).

Although we had Honey’s litter sister first it was to be fate that threw this lovely cuddly bundle into our lives some two years later. While on the phone to Glyn & Christine we discovered that, due to circumstances beyond the control of her previous owners, she now urgently needed a home or fostering. As we were nearer to her we volunteered to collect and foster her, well the fostering lasted less than an hour, we rang Glyn and asked if we could re-home her permanently. She has been a joy from that day forward. A very typical Pharaoh, She jumps... She gets “busy” hunting, oh yes... And the ears don’t work when she’s out......  Oh people say how can you live with such a disobedient breed.....  They are NOT disobedient ... They are Pharaoh Hounds..  Anything else is just a DOG.

Kurriera Tamara De Lempicka was born on the 17th October 2014

She was the bright voiceiferous Madam from a litter of 7 born to our lovely Honey, there were 3 girls and 4 boys in the litter. The Sire was Annatefkah Ashai  (Kermit).

The whole litter were such happy joyous puppies and Honey was an excellent “Mum”. There was just something special about Olivia. She was going to be called Mara or Tammy as her pet name…  but no, neither suited her, so Olivia stuck, as for her “show name” oh yes she is very suited to “Tamara de Lempicka”  a Russian born artist from the 1920’s who lived in Paris and loved life, fast cars and entertaining, yes that sounds like Olivia….   She and Tallulah play well together and know just how to wind each other up, it is like having your own comedy theatre with four legged performers doing the entertaining. Now it case of watch this space.....

She was from the renowned Merymut kennel and started our love affair with this wonderful breed, we had seven wonderful years of her 14 years she was everything a “Classic” Pharaoh Hound should be, she bought joy to our lives. Thank you Kemena for being such a beautiful girl.

Kurriera Krystal Amethyst was born on the 18th February 2017

She was the bold, happy, clumsy, kid from a litter of 6 born to our lovely Honey, there were 4 girls and 2 boys in the litter. The Sire was Annatefkah Thoth at Rubasu  (Ra).

The whole litter were such joyous puppies and Honey was an excellent “Mum” again. There was just something special about Amy. She was liked by several people as “going to be a good one to keep” but Yvonne had said “No more dogs” So we went into partnership with another “hound” person Cass Samways who has Deerhounds and Parson Russell Terriers which resulted in Amy still being around as Yvonne agreed to handle Amy on Cass’s behalf.

Amy is a bouncy, clutzy, lump but loves everyone and has made great friends with Cass’s Deerhound Magnus, those two could play for hours entertaining each other. Now we are trying to get Miss Clutzy to behave in the show ring, she just loves it so much she bounces around and wriggles about… Argh.. Not conducive to winning at shows!..… So more training required. 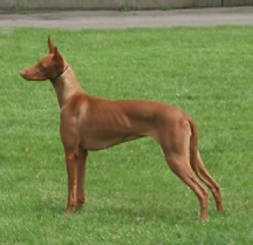 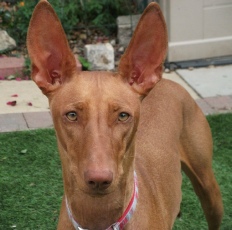